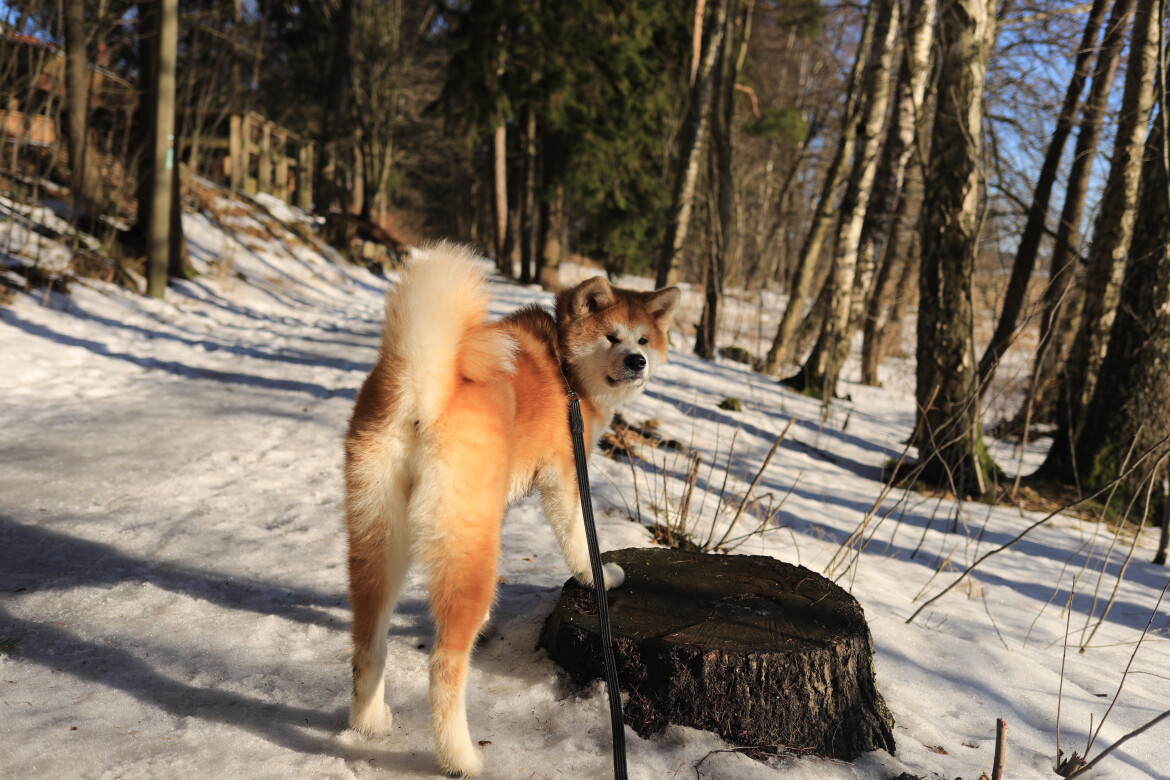 The angle of the article is based on the relationship aspect which is in my opinion not often discussed and therefore would be interesting to read about.

When Lulu, my female akita, came into my life, she managed to treat my former wounds that were taking time to heal. In a sense, we all dream about the ideal friend who supports us and for me, Lulu quickly became this ideal dog friend. Here I would like to discuss a bit about the concept of friendship, similar to human friendship. We dream that friends would be always close and funny enough our childhood friends are beside us.  While the dog is 24/7 (remote work setting) nearby! At the same time due to being “other kind of animal”, there is always some distance between us and the dog (e.g. no verbal communication) that does not lead to being tired of each other.  Dogs are able to bring a lot of joy, this kind of simple playful joy or pleasant emotions from cuteness or petting. And probably something that dog owners go crazy about is how often the dog shows signs of love and devotion. My neighbors whom Lulu likes are waiting for the moment when Lulu will jump to try licking them and a serious-looking grownup person can not resist this kind of temptation.

To be fair enough, not everyone feels all those positive emotions that I just described here and dogs are not for everyone. That was an insight for me when some guests visiting me revealed that they are afraid of dogs and try to have some distance from them. I remember I was even recommending a pet as the way to make the depression milder, but the presence of the pet matters much less for some people.

Keeping the relationship angle, similar to choosing friends, it is important also to choose your dog friend. At least, I do not equally like all dog breeds, and some of them I might even be afraid a little (like fighter types of dogs). I guess one of the reasons why my attachment is so huge to my puppy is because I understood that her breed is the one with whom my interaction would probably be the most enjoyable one. Lulu barks rarely, is quite confident and curious about the world, affectionate, and gives me the space to be alone.  Sometimes I have the moments when I want to recharge myself or get emotional support and go to Lulu to lie down near her, hug her or put my head on her “fluffy but” and she is loyal to accept in dog’s opinion probably impolite behavior.

One of the transformations happening inside of me is becoming milder. First, after watching programs about dogs’ upbringing there is much mentioned about being strict and in addition, Akita’s require to have a strong leader. So I tried to be strict and gain this leadership. Sometimes, I was angry at her for not listening to my commands after numerous attempts, for the mess created while I was away, or for barking. Looking back now, I see that my anger came from not enough experience in understanding the dog world better. For example, barking was coming from unfamiliarity with the new place and feeling not confident,  messing was caused with the stress and not being sure yet if I come back.  I am grateful for the cynologist, who taught me much how to bring up Lulu and understand her better. With knowing her behavior mechanisms better, now I do not feel angry anymore for most of the things that can be explained.  My huge plant has been falling several times, balcony furniture has been scratched but I felt so calm and just had to take the action to possibly prevent similar events.  At the moment Lulu has the teen rebellion stage and again after understanding this and taking action, there is no place for bad emotions (though first I got angry for Lulu to keep lying down on the grass and not proceeding any further). Now that I am writing this, I wish in a similar way we could understand people better so, that it would be hard to get angry with them 😀

With that, I want to conclude that like any other relations, the relations with the dog change us, and with enough effort and consideration can bring an enormous amount of joy and support to our life.