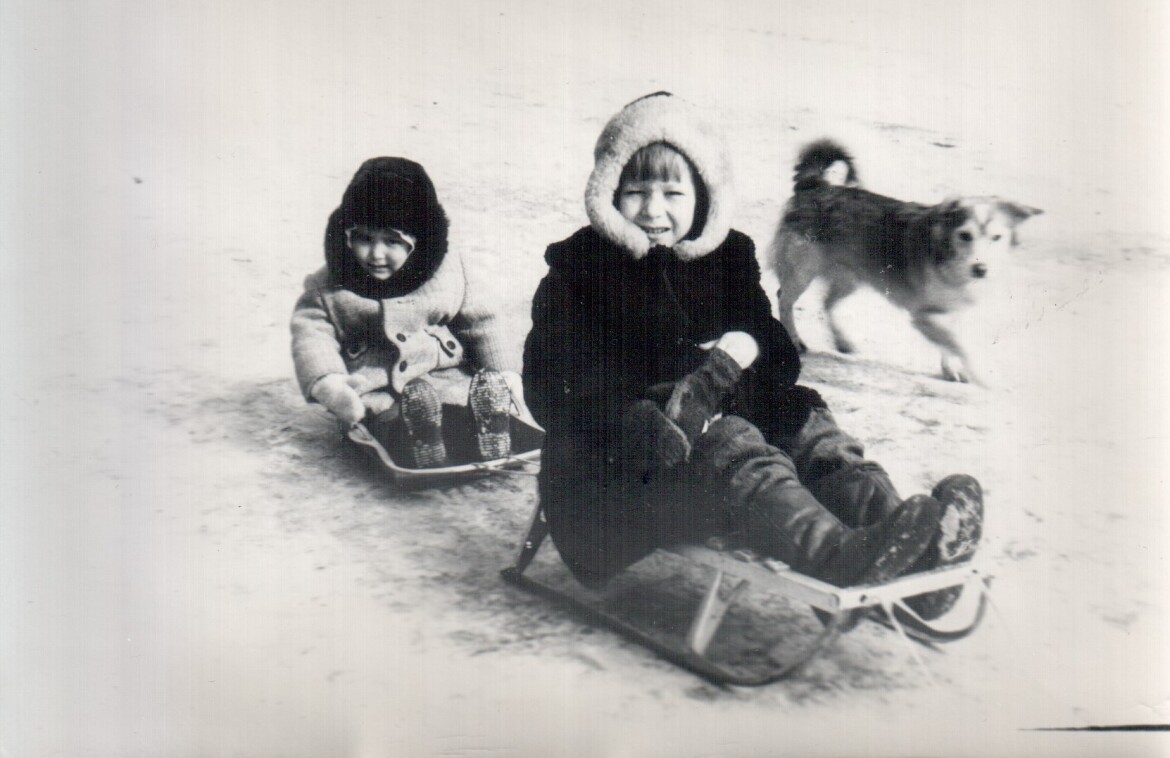 Perhaps rather a typical story when a kid asks parents to get some pet like a cat or a dog. My parents had a good excuse: an allergy. So we had an aquarium that my father diligently polished it once per month and was proud of it the most in our family. Later we got several canaries the first of which I was especially attached to but there was no way of real petting the bird although I tried.
During my childhood, russian winters were especially cold.  If the temperature would be below -30, then we could spend a day at home. I was truly waiting for these days. Back then kids during winter time used to wear fluffy fur hats that I could not stop petting. My friends laughed at me that I will not miss any soft hat.
Only now I know that touches and softness are something that people and kids are desperately seeking for.  So hugs should be perhaps prescribed by the doctors to prevent from certain conditions 😀 In summer there was an opportunity to chase chickens in the village where I used to spend a part of my summer. That might sound cruel, but they were very soft and my best friend unlike chicken owners supported me. That is somewhat funny that despite being close to nature, chickens were the most available animal to pet in the village.
Only recently I came to know that petting similar to human touches can give this nice feeling of closeness and release of oxytocin hormone. This is the same hormone that mothers get to raise a child and get pleasure from it despite all the difficulties. This was the hormone that apparently is produced while petting an animal. 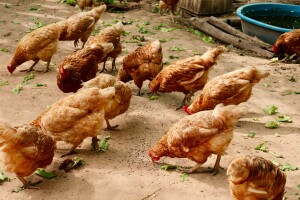 The decision to buy a dog came slowly. Before that, it was only distant admiration (especially during Covid times) and sometimes petting of other dogs. Somewhat, I needed to come to a realization that I was in a situation where it is finally possible to have a dog. Obstacles to that were numerous reasons, especially for practical and reasonable people, why it is not yet the time to have a pet:
There were two turning points that led me to the decision to buy a dog. First was one of the young lady who seemed to be quite smart but still young and light-spirited to say that dog is a responsibility but you will enjoy taking care of whom you love. This positive look at owning the dog stroke me compared to all warnings about how a dog is a huge responsibility. Society and especially finnish attitude to owning a dog (dogs are really important members of the society here) makes you feel even more responsible than getting a kid 😀
My second turning point was a small accident after which I reconsidered my life priorities. Accidentally due to a combination of food poisoning and sauna, I lost my consciousness. Alone at home with no one close nearby. Though it happened before, I felt how quickly I can be turned off from this reality and what if that would be not a temporary thing?
That made me think strongly “it is time to live to the full now”. I should do now what I consider to be true and valuable for me and postpone less. I thought that if I like dogs so much why should I listen to others (including my mom against me having a big pet) and wait for the ideal moment? Why other’s fears should scare me from something that I am so much attached to? While considering a dog, only one person encouraged me much not to postpone buying the dog and partly taking care of her dog before made me more confident in my understanding of what it means to have a dog. Some people were being skeptical about dog size, about responsibility, but I had to go forward and search for my puppy. 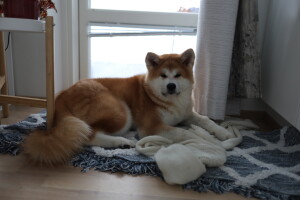 Knowing what you want helps a lot in life and so in choosing between dog breeds. My desired features were related to a dog character, including being somewhat independent, smart, calm, and to the exterior, like being fluffy, mid-size and cute to my taste. Character-wise, in fact, I wanted the dog to mimic my character a bit since I can not imagine myself being with a very fast and active dog, which speed I would not be able to follow. Smartness means a lot to me and makes the interaction with a dog even more enjoyable. Fluffiness was so much desired that shedding was not a problem in my eyes and I even double-checked that I have no allergy unlike my parents and brother, lucky me. One more thing was the absence of the need to trim a dog that I found an extra duty that I did not want to take in Finland (all service is super expensive here and dogs here are treated as people).  After all these factors, I had only one option in my heart – Japanese Akita Inu, yes Hachiko from a legendary movie with Richard Gere in the main role (to be continued).
The dog journey was last modified: February 26th, 2021 by Luiza
0 comment
2
Facebook Twitter Google + Pinterest